The following solved cases are a few of the cases that we have been able to resolve well for our clients. If you would like a consultation, please either fill out a Free Defense Report or call our office at 708.606.4386.

CRIMINAL SEXUAL ASSAULT OF A CHILD UNDER 13 CASE DISMISSED

On March 15, 2019, the Defense Team finished a criminal sexual assault case. After a lengthy investigation, the client was found innocent on all charges due to the poor credibility of the State’s witnesses and the case was dismissed. We were retained from a nice family out in Rockford looking for an out of town law firm to handle the matter. We were able to have the clients bond reduced as a result he was released from jail and help us prepare for the defense of the case. After further investigation, we found no signs of abuse in the medical examination of the child. We kept digging and were able to show that the victim’s mothers boyfriend was abusing the mother and the child, forcing them to lie to the police to have our client locked up. We prepared for trial and on the trial date, the case was dismissed.

MURDER IN THE FIRST DEGREE

On March 4, 2015, the defense team successfully wrapped up a criminal financial case. The client was charged on 8 counts, 4 for possession of anothers credit, debit, or ID card in violation of 720 ILCS 5/17-32(b) and 4 for altering a debit card in violation of 720 ILCS 5/17-41(a)(i). This client came to our offices seeking help on September 25, 2014, and after about 4 months, our team was able to close out the case by helping the client receive less than 3 years probation.

On December 25, 2014, our client was involved in a domestic battery case. Due to a misunderstanding on the police’s part, our client was thought to have assaulted another person. However, in court, after a thorough explanation of the events that occurred, the judge found our client not guilty and the client has been cleared of all charges. We are happy to have helped our client clear up this incident and move on.

LICENSE REVOCATION DUE TO PRIOR DUI LICENSE REINSTATED

On December 11, 2014, our firm was notified by the Secretary of State that our client’s petition to reinstate his driver’s license was approved. The client had suffered from alcoholism and was charged with 3 DUIs in the span of 7 years. Those years were dark times for this client, but the client was able to turn his/her life around after deciding to move out of state to start over and leave alcohol out of his/her life. This client has not consumed any alcohol for the past 10 years now and decided to apply to reinstate his/her Illinois license. It was a long process, but after putting together all of the necessary documents and waiting patiently, our firm was able to help this clientreceive an order granting the reinstatement of his/her driving privileges.We are proud of this achievement and happy to have helped our client finally put this chapter of life away for good.

CRIMINAL SEXUAL ABUSE TRIAL CLIENT NOT GUILTY ON ALL CHARGES

The Defense Team finished a criminal sexual abuse trial on January 12, 2015,at 26th and California. Our client was acquitted on all charges. Our client was facing the following charges:

On December 17, 2014, the Defense Team finished a criminal sexual assault case. After trial, the client was found innocent on all charges due to the poor credibility of the State’s witnesses.

POSSESSION OF A CONTROLLED SUBSTANCECASE DISMISSED AT PRELIMINARY HEARING

On November 6, 2014, the Defense Team finished a possession of a controlled substance case. The police had stopped our client and searched the client’s pockets without probable cause. During this unlawful search, one of the pockets allegedly contained heroin. The case was dismissed at the preliminary hearing.

On October 31, 2014, the Defense Team finished a cash (civil) forfeiture case in which the Illinois State Police (ISP) unlawfully took more than $45,000 in cash from our client. The ISP had stopped our client’s rental car for speeding on the highway. During the traffic stop, the ISP unlawfully used a K-9 to search the rental car, and during the search, the K-9 discovered the cash. Our team successfully resolved the matter and reclaimed the cash for our client because the ISP did not have a basis to seize the money.

On July 21, 2014, our Defense Team cleared up a case in which our client was charged with aggravated battery to a police officer. The client was also charged with a felony for fleeing from the police in an automobile. However, there was no DNA, no fingerprints, and thus no conviction – cleared of all charges!

On April 28, 2014, our Defense Team cleared our client of charges of armed violence and mob action. The client was facing an indefinite amount of prison time. After picking a jury, we attacked the prosecution through our tried-and-true strategic procedure. The client then took the stand and testified with the truth. The jury returned with a verdict of not guilty, and our client did not go to prison.

POSSESSION OF A CONTROLLED SUBSTANCE WITH INTENT TO DELIVER – DISMISSED

On March 7, 2014, our Defense Team cleared up a case for a client who was charged with possession of a controlled substance with intent to deliver. We filed a motion to suppress evidence and the court conducted a hearing. At the suppression hearing, the client refused a police officer’s request to search the client. After the refusal, the police officer searched the client anyway. The court held that the police violated the client’s right for protection against an illegal search and seizure under the Fourth Amendment. The court then granted the motion and suppressed the evidence. Case dismissed. 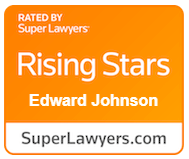